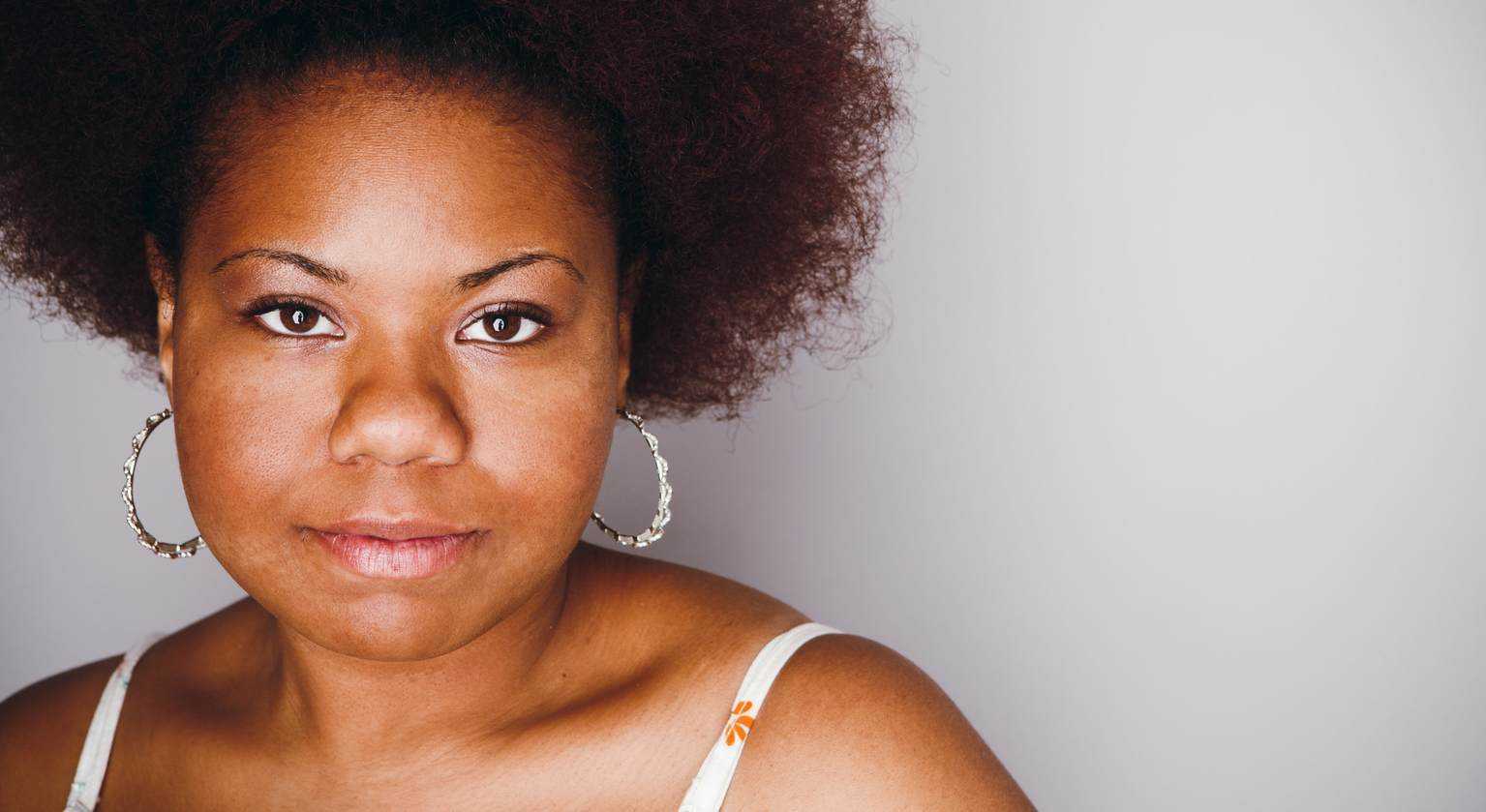 Joyce Sherrí is a young award-winning filmmaker and writer from Virginia. Her passion for creative writing started at an early age. Determined to pursue a career as a writer and director, Sherrí moved to the Empire State in 2010 where she was accepted into the Graduate Film Program at New York University. Since then, Sherrí has come a long way. She has worked on several projects in various stages of development and has gotten mainstream support from filmmakers such as Spike Lee and Kasi Lemmons. In 2016, her thesis film, Forever, received an award from the Hollywood Foreign Press. Recently, her short film Beauty, part of Project Her, went viral—amassing more than five million views and clearly positioning her as one of the most exciting emerging filmmakers.

Victoria Adelaide: You are a filmmaker and a storyteller. What’s the story behind the stories that you wrote?
Joyce Sherrí: Well, becoming a filmmaker was a process for me. I’ve always been a writer, and I love creating stories and characters. It may sound cliché to say I’ve been writing since I was five years old, but that’s the truth. I realized later that a lot of the things I was doing creatively stem from my personal life. My family had economic struggles, so I spent a lot of time escaping into romance novels, movies, X-Men cartoons, and engulfing myself in other people’s stories. In the process of doing that, I started writing my own stories because I wanted to see stories play out the way I imagined them. Around the age of 12 or 13, I started writing fanfiction, but the internet wasn’t as developed as it is today and I had nowhere to post it. It wasn’t until I was in high school that I started finding fanfiction websites and blogs where I could post my stories. People would read them and send me their feedback. It was my way of creating a small online community, and it made me feel good to know that somebody was enjoying something I had written.

VA: In your youth, which movie influenced you the most and why?
JS: One movie that I think of very fondly is Gone with the Wind. It’s one of the films that stuck out to me because they premiered it on television. I didn’t know what it was about, but I was so interested in the world that was being created—all the costumes and the really compelling female character, Scarlett O’Hara, who was running around the South during the civil war going after what she wanted. I think it had an impact on me and influenced me to create powerful female characters. I also used to watch Elvis Presley movies and The Ten Commandments, which is also one of my favorite movies. I loved these broad, spectacular types of films that came out in the ’30s, ’60s, and ’70s. There are more modern examples I could mention but, mostly from my childhood, those are the films that had an impact on me.

VA: Your short film, Beauty, has been viewed by more than five million people. When will it be on television?
JS: Well, the way Beauty was received surprised me very much. Of course, I wanted it to be well received, but to have over five million views, I didn’t expect that at all. I write stories and I make films that I love. It makes my heart smile to realize that so many people share the same love for things I’m passionate about. So, Beauty is definitely in the works, and I’m hoping to get some wheels turning by the beginning of next year. Originally, I had an entire outline for the pilot. I know everything that’s supposed to happen in season one and potentially what will happen for seasons two, three, and four. I imagined it as a TV show, but it could also be a feature film. Beauty has been getting more popular and people are finding out about it. I’m discovering some new supernatural or magical elements that I would like to add to the series to flesh out the world a little bit more.

VA: What’s your favorite part of your creative process?
JS: For me, writing and directing are interchangeable. I love the creating part of the writing process—to be able to figure the characters out, such as when they start talking to each other, what they are saying to each other, and why are they saying it. I cry with them, I laugh with them, and I feel for them. I tend to fall in love with my characters; it’s truly emotional. (laughs) Then, when I’m working with actors, I really love it. Actors are some of my favorite people. I know this is a weird thing to say but because I fall in love with the character I created, seeing an actor bring the character to life is like a bonus for me. It’s almost like I’m meeting the person that I created on the page. I love being able to talk to an actor and figure out what their take is on the character and what kind of life we can create for the character. I love seeing actors work. Also, they are a lot braver than I am as far as getting in front of a camera and being able to become a character. To emotionally take yourself to a place to create somebody that’s not you while being able to put on a performance and tell a story—that takes skill.

VA: In your work, you deal with human emotions, consciousness, and questioning. Are you a very spiritual person?
JS: Yes, I am. I never really think about it, but things come out in my work. I feel that I’m self-aware. I’m always looking for ways in which I can improve. I examine things that happen to me, the way experiences impact my behavior now or how I’m going to react to something in the future. Maybe because I’m a writer, if I’m expecting an answer from somebody, I always run multiple scenarios in my head about how I’m going to react based on the response that I get. If the person says this, then I’m going to do x, y, or z. But, if they say this, then I’m going to do this, that, and the third. So I tend to think of life in that way, and I do the same with my characters. I like studying human behavior, watching people and doing the whole “what if” exercise or watching people out on the street figuring out what their lives are about. I try to play the devil’s advocate with my characters. If you think about Beauty, one of the lead roles, Evangeline who plays the mother, asks Rose to do a terrible thing…(laughs)

VA: Oh yes, when she asked Rose to change the physical appearance of her son as she did for her butler and it almost kills her.
JS: Right.

VA: What are you working on right now?
JS: Right now, I’m working on Sweet Sixteen. Sweet Sixteen is a surreal semi-autobiographical coming-of-age story. It’s set in Norfolk, Virginia, which is where I’m from. It tells the story of Sweetie Harrison, a fifteen-year-old black girl who copes with her family’s economic struggle by engaging in an affair with a married military veteran. I’m currently waiting to hear from Sundance because I made it to their second round in their screenwriters’ lab. I hope I get it, so I can develop Sweet Sixteen. I would like to make it as my first feature film. That’s a story that’s very close to me because it’s semi-autobiographical. It’s hard to write because it is a study of a girl’s relationship with her parents and how she deals with that. It looks at having two parents in the home but also a part of poverty that’s never examined. People usually think that we live in the extreme, especially in the black community—you are either poor and you live in the projects or you are well off and live in a nice suburban neighborhood. We never examine the people that are in the middle. Sweet Sixteen is an examination of what it’s like to live in between those two worlds. Through the Ages is another tale that I’m still developing. It’s the television series version of Forever. It’s a romantic fantasy series. It continues the story of Beau and Monica, two people who fall victim to a hate crime and miraculously become immortal. For the television series version, they live from one decade to the next in search of the right time to love each other. However, it’s a work in progress and I’m still considering other options. I’m very interested in making graphic novels. So, if I don’t do it as a TV show, I imagine starting it as a graphic novel. So, I’m leaning toward making it into a graphic novel then it could be developed into a television show.

VA: Where do you see yourself in five years?
JS: In five years, I hope to have my television shows online, streaming, or on network television. I’d love to be able to teach film and creative writing at the university while working on my second or third feature. I’m interested in creating a non-profit organization for low-income teenagers in my hometown in Virginia, who want to develop more in the area of visual storytelling. That organization would provide free services for hands-on filmmaking opportunities and film events that are down there, such as having a screening and bringing in a director or having a Q & A and bringing in actors, etc.

VA: If you had a magic stick and could change one thing in your life, what would it be?
JS: I would like to be able to wave the stick over my parents so that everything in their life works out to be fine, so they can have comfort and stability, no health problems, and an easier life.

VA: How would you define yourself in one word?
JS: Curious.

...I tend to fall in love with my characters; it's truly emotional.`` 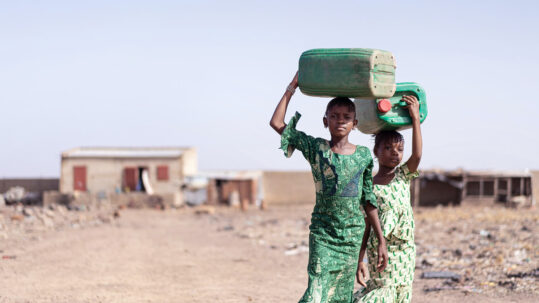 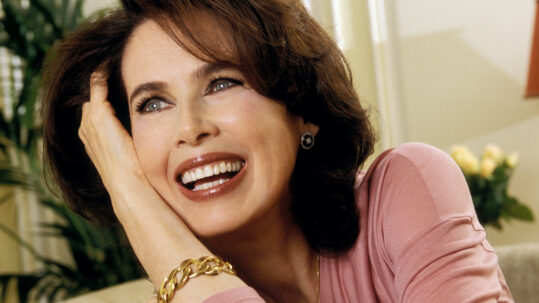